by Steve Purdum on February 03 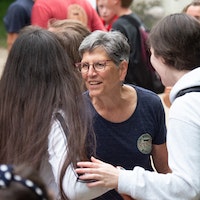 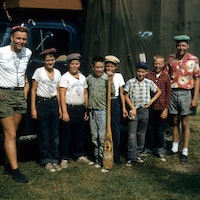 Ask Not… A Continuing Ethos of Service Amongst our Staff

I am often asked about who I think the “most famous” Camp Mishawaka alumnus is. More often than not I offer my impression on who was the most “infamous.” Ha! To be sure, there are former campers and staff that wound up on our screens, who rose to the top of their field, and maybe even became “famous.” When the daughter of a well-known actor attended Camp, any attempt at discretion was foiled when a local columnist published a story about him refueling his jet at the Grand Rapids airport. For years I couldn’t go anywhere in town without someone asking me about it. Once, when I told a local Dr. where I worked, he even told me that Suzanne Somers’ daughter attended Camp Mishawaka. “No, she didn’t,” I told him, but he remains convinced to this day that she did!

I suspect that many of our former campers and staff have gone on to do “famous” things, some of them maybe even anonymously. Ted Sorensen served as a speech writer and close advisor to President John F Kennedy. The president once referred to him as his “intellectual blood bank.” Before that he was a Mulford counselor at Mishawaka in 1948 and 1949.

In his 2002 memoir, Counselor, Sorensen credits his experience here with honing his narrative skills. “When a violent storm blew down the camp’s flagpole, lifeguard tower, several trees, and the one and only electric power line,” he was left with the job of “telling a story to 130 boys huddled in a darkened mess hall to keep them safe, quiet and calm. I no longer remember what story I told, but I was touched to learn from a recent letter that at least one of those campers still remembers that dramatic night roughly sixty years ago.” To those kids, Ted Sorensen was famous for what he did that night. He went on to do much more famous things.

One of the most oft quoted things he ever wrote, he never sought or received credit for. It is widely understood that he, not JFK, penned the memorable passage of the inaugural address, “Ask not what your country can do for you; ask what you can do for your country.” He would deny writing it for years, preferring instead to insist that the President himself wrote the speech. He softened only a little bit in his memoir, stating only that “The truth is that I simply don’t remember where the line came from.”

James Taylor, Neil Young, and Jenny McCarthy all went to Camp Mishawaka, too. No, not that James, Neil, or Jenny, but there’s no doubt these folks who share a name with these “stars” went on to do famous things. The story that Ted Sorensen told that night, when campers needed comfort, encouragement, long forgotten by him, had a lasting impact on the life of a child. These opportunities for fame abound in the camp setting. It can be as simple as being present and in tune to the needs of a young person. It can be as subtle as anticipating a need another camper or staff has and delivering it unsolicited. It can be as timeless as asking not what can be done for you, but what you can do for others, and acting on it.

These actions may never lead our staff to fame or fortune, but this ethos pervades all we do at Camp Mishawaka. It’s a commitment of service to our campers, and something larger than ourselves. It sure helps kids find a mentor they trust, admire and follow. Who knows where it might lead? 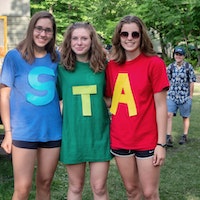 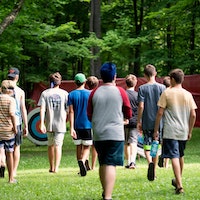