Have a Super Day!

by Steve Purdum on October 19

“Have a Super Day!” Thus was the refrain of one of the most cheerful, optimistic people I have ever known. Godfrey “Nick” Larsen was best known to campers as the Grand Marshall of the 4th of July festivities. But Nick was also the architect of how one interacts with Camp today. As the Grounds Director for more than 5 decades, Nick oversaw the addition of the Girls Camp in 1963, and then again in 1987 as the two camps consolidated. “Make it look like a park,” Nick would say as he checked in with crew members who were raking leaves or weed whipping, always ready with a word of encouragement coupled with an observation on how one could make it look a bit better next time.

Nick’s tenure at Mishawaka spanned seven decades. As the son of Mishawaka counselor, director, and owner, Vilhelm “Skipper” Larsen, Nick grew up at Camp. He’d been down the Mishawaka Road when it was just a logging road; he’d made the trip from Minneapolis with his father to cut ice for the summer season, (storing the Pokegama cut cubes in what is now the corner of the staff cabin.) “Little Nicky Larsen”, as one contemporary referred to him, was everywhere. And he was everywhere for a long time.

Nick was also known to campers as the keeper of the shields and feathers, the traditional Camp award that his father had crafted by hand. Camp had barely ended, and I suspect Nick had David, Kris and Jimmy sanding away on plaques and feathers for the next year. Nick was “fussy” about how his shields looked and wanted to make sure that the array of feathers was balanced. He once proposed to me that we should add a “Memories” feather to the list- just to add to a plaque’s appeal. (We did and campers who receive them are always a bit perplexed about how they earned that one!) David and Jim both recounted that if Nick was short a Shark, or Honor Cabin feather for a departing camper’s award, he wasn’t beyond prying a spare off his own kid’s shield.

If you spent any time around Nick, you also picked up on “Nick-isms” that rolled off his tongue, phrases like “Hunky-Dory” or “De-Boogie” (the act of sweeping cobwebs out of rafters.) He was perpetually smiling, read the news religiously, and shared it with fervor. And, if you ever had the occasion to call his and Sonie’s home phone, you were greeted with a rollicking “YEEELLLLOOO LARSENS’” that made you wonder what he was putting in his tea. He tended to 2 camps, a summer staff of dozens of high school and college kids, and kept track of it all on an 11.5 x 8 piece of paper folded six times with a precision that befitted an origami artist and fit neatly in his chest pocket. You’d often see him parked in a quiet corner of Camp crossing things off and adding to the list.

Yet for all this optimism and enthusiasm, in private moments Nick shared the burden that accompanies the responsibility of being the keeper of the gates to Camp. When I came on full time in 1992, Nick described perfectly that feeling one gets when driving to Camp after being away for a while- windows down, the smell of the Northwoods in the air and the quickening of the pulse that one gets as they pull down the Camp road. “Steve”, he said, “there may come a day when all you can do at the entrance is take a deep breath.” (Not knowing what one might find upon return- a busted pipe, an overflowing septic or any number of problems that might have arisen in one’s absence.) Then, he added, “It’s never as bad as it first seems.” Nick continued to drive that road, take that breath, make that note, build that shield for over 60 years, not so much that he could drive the road himself, but so that others would never lose that feeling of coming home as they returned to Mishawaka.

I’ll never forget the time in the early 1990’s when I came across Nick sunning himself in the middle of the day on Belding Beach. I was returning from a fishing class, and there he was, shirt off, (folded paper list atop it) and stretched out on the dock in the middle of the day. At the time I wondered how he could do this- just as things were very busy and there were so many demands for his time and attention? He popped up, said something funny to the kids (maybe his “quick draw”) and complimented me on my docking. As we turned to leave, he resumed his position on the dock soaking up the sun. I can only imagine now, that given all that was on his plate, he was trying to rekindle a bit of that magic himself. I suspect he found it, since he was bounding around soon after- making sure that others, too, could have a “super day.” 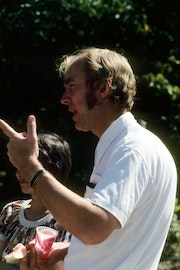 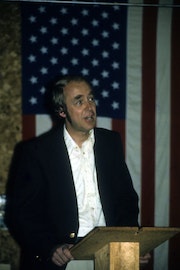 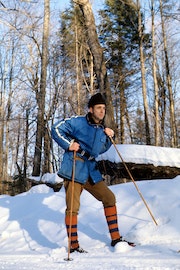 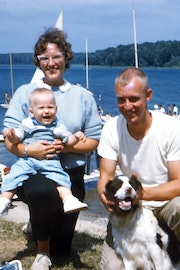